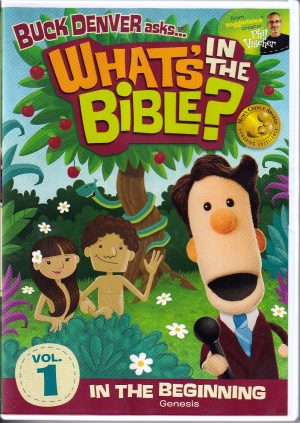 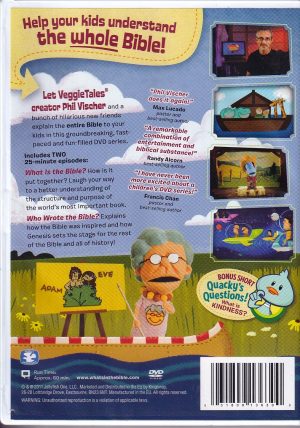 What’s In The Bible: 1 In the Beginning

What’s In The Bible: 1 In the Beginning

Buck Denver and his friends kick off their adventure through the whole Bible with In the Beginning [Genesis] and you’re invited to come along! Travel back to where it all started, in the Bible’s first book. You’ll experience Creation, walk through the Garden of Eden and meet the worlds first humans Adam and Eve. When they choose to go their way instead of God’s, sin enters the world. As we continue on, we see sin’s devastating effects in the stories of Cain and Abel, Noah and the ark, and the Tower of Babel. But this is only the beginning. Come along as we learn all about the world’s most important book: what it is, who wrote it, and why can we trust it.

In the Beginning includes these favourite Bible stories and concepts:

Author and filmmaker Phil Vischer has had a significant impact on American culture. His groundbreaking children’s series, VeggieTales, has sold more than 65 million copies, been featured in major magazines and newspapers and even spoofed by Saturday Night Live and The Simpsons. Phil created Bob the Tomato and Larry the Cucumber as a 25 year-old Chicago-based computer animator, searching for ways to integrate his faith and his filmmaking. With the help of his wife, Lisa, his college buddy Mike Nawrocki, two art school grads and his church’s music director, Kurt Heinecke, Phil landed VeggieTales videos in a third of all American households with young children.

And then, at the peak of Phil’s success, everything turned upside down. Over-aggressive expansion coupled with a lawsuit from a former distributor forced Phil’s company, Big Idea Productions, into bankruptcy in 2003. Phil lost his company, his characters, his dream. What he didn’t lose, though, was his relationship with God. On the contrary, losing everything showed Phil that God was all he had ever needed in the first place. Rather than losing hope, Phil found himself with a ministry he never expected – a ministry to anyone who has lost a dream. Phil detailed the dramatic rise and fall of his dream and the lessons learned in his book, Me, Myself & Bob.

Since the bankruptcy of Big Idea Productions, Phil has produced What’s in the Bible? – a 13-part DVD series walking families all the way through from Genesis to Revelation, explaining the origins, meaning, and some of the “trickier bits” of the world’s most influential book. Phil is also a frequent radio guest on Family Life Radio, Focus on the Family, Moody Radio and others.

Phil’s story has also given him a speaking ministry, as he has criss-crossed the country speaking at conferences and colleges from coast to coast. From Pepperdine to Baylor to Liberty (and back again for return visits to many), Phil’s humour and heart have proven extremely popular with the same college kids that laughed at Bob and Larry when they were small.

What’s In The Bible: 4 Battle For The Promised Land

What’s In The Bible: 8 Words to Make Us Wise!

What’s In The Bible: 2 Let My People Go!

Superbook: The First Christmas DVD The Birth Of Jesus